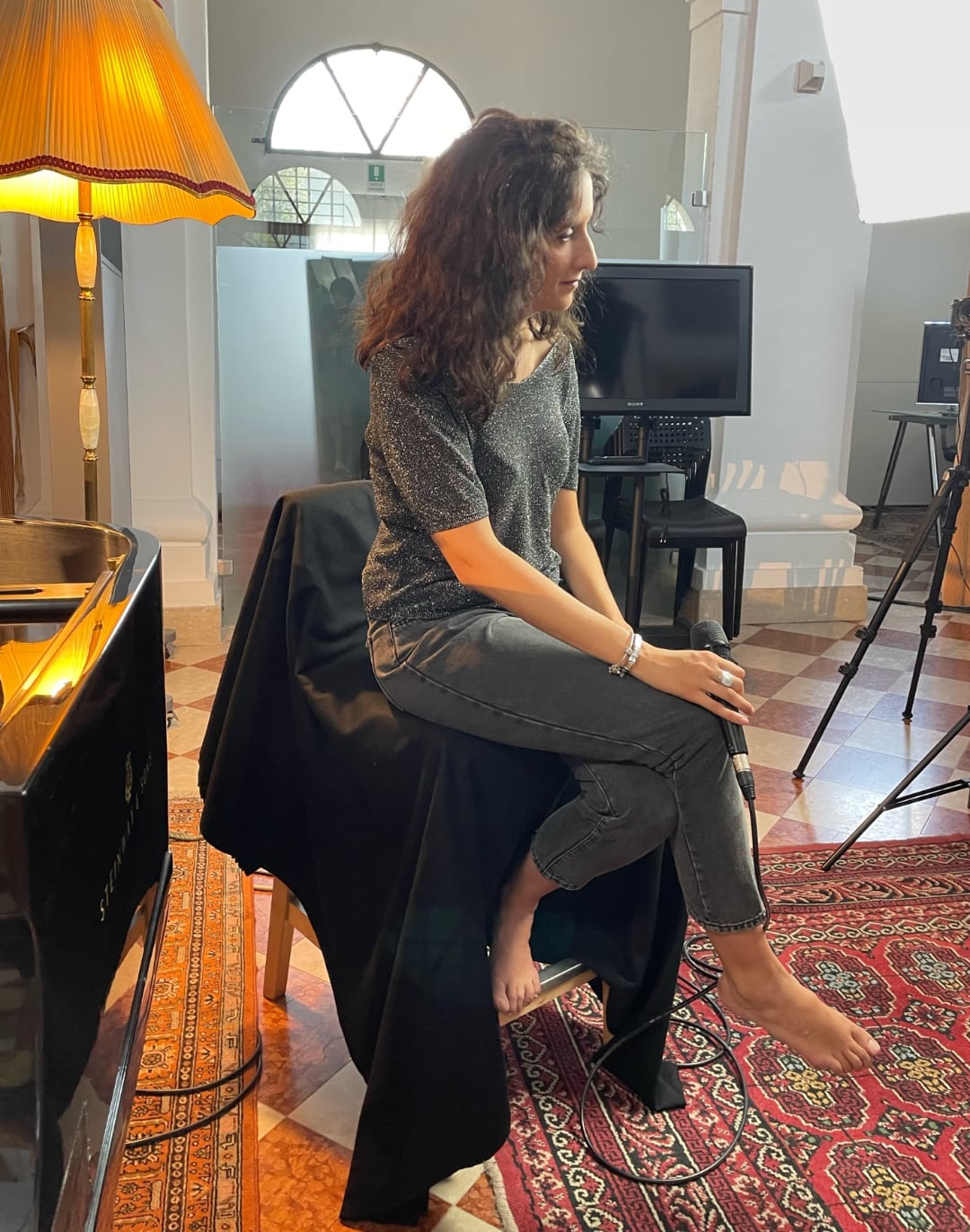 Born in Padua in 1993, Martina Micaglio has fulfilled multiple roles in the musical world.
She is a singer, musician, vocal trainer and music therapist. For almost 20 years she has been dedicating herself to the research and the discovery of her own voice, since she sees and feels it as her soul and personality’s truest mirror.

She started taking piano lessons at 8, singing lessons at 10 and some years later she approached guitar too. Meanwhile, she continued studying vocal technique with some great vocal coaches including Andrea Tosoni and jazz singer Enrica Bacchia; in addition, she participated at singing stages and masterclasses with artists such as Vittorio Matteucci, Chiara Luppi, Matteo Setti, Bob Stoloff, Albert Hera and many others.

She began her career at 14 as the lead singer of a pop/rock band, playing live and participating at some musical contests. In the following years, she has been playing in many different musical groups, ranging from pop to jazz, from dance to rock. She had the opportunity to perform on amazing stages like the ones of “Teatro Verdi” or “Gran Teatro Geox”, both in Padua; moreover, she collaborates with tribute bands and acoustic projects but above all she loves to ideate, write down and perform her own musical shows.

In 2018 she started giving singing lessons and now teaching is one of the things she loves most. Since last year she is also a Vocessenza®’s certified tutor.
In 2017 she graduated in Modern Languages at the University of Padua and in 2018 she got her degree at the dubbing school “Accademia del Doppiaggio”. She is about to finish her studies at the music therapy grad school “G. Ferrari” of Padua.